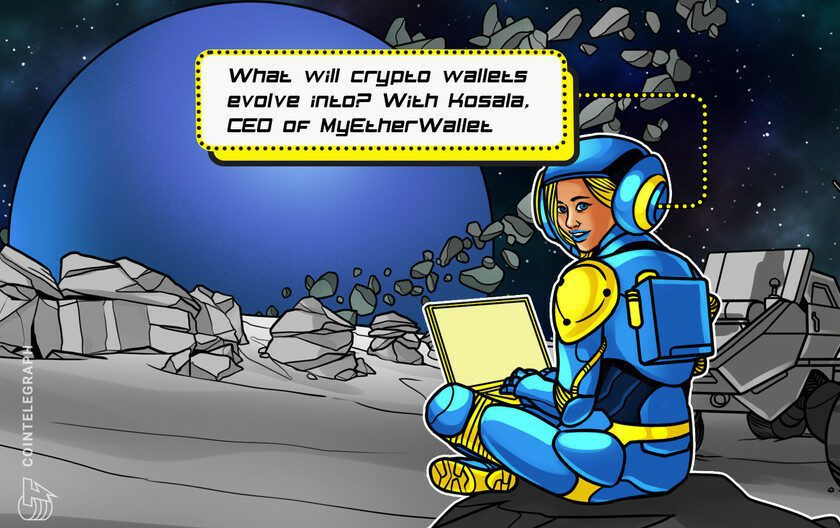 Tune in to the third episode of Hashing It Out as Cointelegraph’s Elisha Owusu Akyaw discusses the future of noncustodial cryptocurrency wallets with Kosala Hemachandra, CEO of MyEtherWallet.

In the third episode of the Hashing It Out podcast, Cointelegraph’s Elisha Owusu Akyaw discusses the future of noncustodial cryptocurrency wallets with Kosala Hemachandra, CEO of MyEtherWallet.

Recent issues with centralized platforms have put the spotlight on decentralized applications (DApps), and self-custody — where users keep their funds completely under their responsibility — has become a major trend.

MyEtherWallet is one of the oldest noncustodial wallets with a focus on the Ethereum blockchain. According to Kosala Hemachandra, the wallet went live just two weeks after the Ethereum mainnet launch. The CEO of MyEtherWallet explained that the company chose to make a decentralized wallet because it believed it was the only proper way to interact with blockchain technology.

“Blockchain, at its core, is a decentralized solution, so why would we create products that are centralized? Because we are defeating the whole purpose of using blockchain.”

Hemachandra explains that MyEtherWallet started as a hobby project that became more demanding since there were no examples to look at during its development. The developer had to write new Ethereum libraries in Javascript.

The need to build a foundation of codebases that could accelerate growth in the Ethereum landscape was the reason the team opted to make the code open source. What’s more, the open-source nature of the code allows the platform to have more eyes on its codebase to prevent potential vulnerabilities.

Despite growing competition, MyEtherWallet has over 3 million monthly users, mainly from the United States and Japan. To catch up with the likes of MetaMask, the decentralized wallet is adding support for more blockchain networks and recently launched a multichain browser extension. Hemachandra also pointed out that the first two weeks after the FTX saga brought in many new users looking for decentralized alternatives to store their crypto.

Related: Crypto trader regrets not catching the top of the bull run

On trends in the industry, Hemachandra mentioned that MyEtherWallet has yet to make plans to do an airdrop for its users despite rumors that some of its competitors may launch their own tokens soon. According to the CEO, MyEtherWallet doesn’t see any use cases for tokens released by wallet applications at the moment.

In the episode, Elisha and Hemachandra also cover:

New features for decentralized wallets.The Ethereum ecosystem and the popularity of layer-2 platforms. A multichain future in the blockchain ecosystem.

Hashing It Out is a new Cointelegraph podcast series covering innovations and important stories in the blockchain industry, featuring interviews with thought leaders in the space hosted by Elisha (GhCryptoGuy).

For more discussion with Hemachandra, listen to the full episode of Hashing It Out on the new Cointelegraph Podcasts page or Spotify, Apple Podcasts, Google Podcasts or Amazon Music.