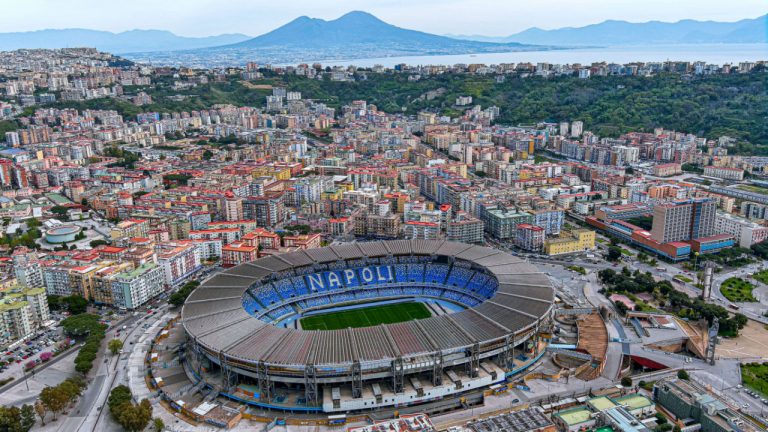 Shirts worn by the players of the Italian soccer team Napoli will display the logo of cryptocurrency exchange Upbit. The arrangement is part of a sponsorship deal with Dunamu, the company that operates the coin trading platform, which is one of the largest in South Korea.

SSC Napoli, the current leaders in the Italian professional soccer league, Serie A, and Dunamu Inc. announced a partnership that will make the Korean fintech firm the official back-of-shirt and crypto-exchange partner of the soccer team for the current and the next season.

The deal, which covers all of Napoli’s Serie A, Coppa Italia and friendly matches, will place the logo of Dunamu’s crypto exchange, Upbit, below the number on the back of their jerseys. The company’s logo will also appear on billboards around Stadio Diego Armando Maradona in Naples.

“This will come into play for the team’s next Serie A fixture on Wednesday, Jan. 4, against Inter,” Napoli unveiled in a press release on the first day of the week. The club emphasized the importance of the agreement with Dunamu in light of Napoli’s intention to expand its fan base in South Korea.

At the heart of the Napoli lineup is Kim Min-jae, the Korea Joongang Daily noted in a report. The Korean center-back, who signed for Napoli in late July, made his debut in August and was named Lega Serie A Player of the Month for September.

Kim scored two goals in his first few weeks with Napoli, which made him the second-highest scoring Korean to ever play in Serie A. His team currently tops the league’s table and has remained undefeated at home throughout the 2022-23 season.

“We’re thrilled to have reached this agreement with the South Korean company Dunamu, a leader in its sector,” said Tommaso Bianchini, chief international development officer of Napoli. “We’d like to warmly welcome Upbit to our family and we look forward to working together and enlarging our presence in South Korea,” he added.

“Dunamu is excited about our new partnership with SSC Napoli, one of the biggest and most prestigious football clubs in the world. We’re thankful for the warmest welcome and are thrilled to be a part of the journey together with SSC Napoli, including star defender Kim Min-jae,” Dunamu CEO Sirgoo Lee was quoted as stating.

Napoli is not the only leading Italian football club with a crypto sponsor. In August, 2021, soccer giant AC Milan sealed a deal with Bitmex to make the crypto exchange its ‘official sleeve and crypto trading partner’ under a multi-year sponsorship agreement. In September of that year, crypto derivatives exchange Bitget announced a partnership with Juventus and Inter secured a $100 million sponsorship with blockchain company Zytara Labs.

Do you think the industry will continue to support Italian soccer teams despite the crypto winter? Share your expectations in the comments section below.