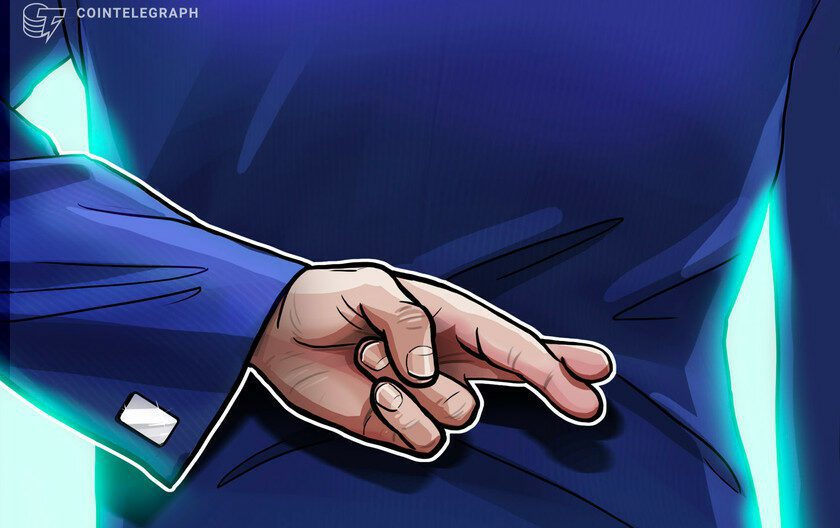 The monumental collapse of FTX didn’t just destroy a crypto exchange and wipe out billions in customer deposits — it also exposed accounting irregularities at Barry Silbert’s empire, the Digital Currency Group, or DCG. That’s according to Bitcoin (BTC) billionaire and Gemini co-founder Cameron Winklevoss. The FTX blow-up caused Genesis Global Trading, another DCG firm, to pause new loan originations and redemptions — a decision that directly affected Winklevoss’ Gemini Earn program. The pause on withdrawals has been active for nearly two months, prompting Winklevoss to pen two open letters addressed to Silbert and DCG’s board. The second open letter, published this week, claimed that Silbert was “unfit” to run DCG and that there would be no way forward with him at the helm.

In a follow-up to last week’s Crypto Biz newsletter, this week’s agenda again focuses on the dispute between Winklevoss and Silbert. We also chronicle Coinbase’s latest layoffs and the status of Voyager’s sale to Binance.US.

Cameron Winklevoss: ‘There is no path forward as long as Barry Silbert remains CEO of DCG’

In a four-page letter addressed to DCG’s board, Winklevoss claimed that Silbert, DCG and Genesis orchestrated “a carefully crafted campaign of lies” to hide a $1.2 billion hole in Genesis’ balance sheet following the collapse of Three Arrows Capital (3AC). Once 3AC went belly-up, Silbert had two options: restructure the Genesis loan book, or fill the hole. According to Winklevoss, Silbert did neither and pretended to inject new funds into the lending firm. Winklevoss also alleged there were “recursive trades” between 3AC and the Grayscale Bitcoin Trust (GBTC), which effectively amounted to “swap transactions” of Bitcoin for GBTC by Genesis. “These misrepresentations […] were a sleight of hand designed to make it appear as if Genesis was solvent and able to meet its obligations to lenders without DCG committing to the financial support necessary to make this true,” Winklevoss said.

Earn Update: An Open Letter to the Board of @DCGco pic.twitter.com/eakuFjDZR2

Digital Currency Group under investigation by US authorities: Report

Digital Currency Group’s legal troubles appear to mount as federal prosecutors in New York begin scrutinizing its internal dealings. According to Bloomberg, authorities are investigating internal transfers between DCG and its subsidiary Genesis Global Capital and have requested interviews and documents from the firms. According to a person familiar with the matter, the United States Securities and Exchange Commission is also part of the investigation. Losses at Genesis began to mount following the collapse of hedge fund Three Arrows Capital. Since then, speculation about DCG’s insolvency has been rampant.

Looking for a career in crypto? Now is probably not the best time as bear market casualties continue to mount. This week, crypto exchange Coinbase announced it would slash its workforce by another 20% to curb operational costs. Coinbase laid off about 18% of its staff in June before the FTX collapse dealt the industry an unexpected blow, resulting in another round of mass firings. CEO Brian Armstrong gave the usual assurance that Coinbase would emerge stronger in the future. In reality, it could take years before mainstream investors even look at digital assets again.

Binance.US’ proposed acquisition of Voyager Digital is getting closer to fruition after a bankruptcy judge in New York allowed the bankrupt crypto lender to enter into an asset purchase agreement and seek creditor approval of the sale. At the same time, Voyager has been fielding questions from the Committee on Foreign Investment in the United States (CFIUS), which presumably has some concerns about the transaction. The CFIUS is an inter-agency body tasked with reviewing foreign acquisitions of U.S. companies on national security grounds. Voyager’s sale to Binance.US was initially agreed upon in December 2022 for $1.022 billion.

Before you go: Is the bear market running out of steam?

Bitcoin and the broader crypto market enjoyed some rare upside earlier this week, raising cautious optimism that the worst of the downturn had passed. Has the crypto market bottomed, or can we expect more pain in the near future? In this week’s Market Report, I sat down with fellow analysts Marcel Pechman and Joe Hall to discuss whether there’s any room for optimism after the latest rally (if you can even call it that). You can watch the full replay below.

Crypto Biz is your weekly pulse of the business behind blockchain and crypto, delivered directly to your inbox every Thursday.